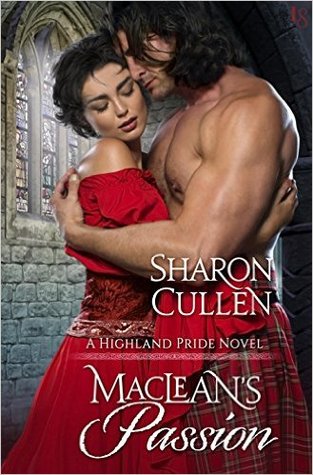 Colin MacLean has never felt like he was of any worth.  Hell, even during the Battle of Culloden he couldn’t even save either of his two older brothers.   The only thing he ever excelled at was smuggling and even that had gone wrong seeing as how he was now sitting in a very squalid English jail where he is a day away from meeting the hangman’s noose.  Out of the blue he is rescued by an unlikely acquaintance and feeling a bit sorry for a raggedy quiet lad he’d shared his cell with he decided to let him come with him. Unfortunately, he discovered later that the lad he’d thought to save was actually a lass.

Maggie Sinclair was raised by her brothers and and could drink a pint in no time and could outfight and outmaneuver many men with dexterity and cunning with her knives.   Because of her notable talents and because of her gender, men tended to exclude her and women rather shunned her.  Needle work and women’s work were not accomplishments she had ever been taught never mind excelled in.  But if you are running from the English – then you’s have no better person to guard your back then Maggie.  Something Colin became aware of very quickly – that and of course a growing attraction.

***  Ah, tell me what’s not to like about a sexy highlander in need of some tender loving care?  After their harrowing escape from jail, Colin who was sick to begin with with numerous beatings delivered by the hands of the English was deathly sick.  Maggie, didn’t know much about healing but did the best she could even so far as trying to cook bannocks and oatmeal cakes which ended up being very crisp and blackened.   But she did bring Colin water and did her best to make him comfortable.

What was really fun was the descriptions of how Maggie was determined to keep him alive and Colin’s attempt to bring her home to the Sinclair family before he ventured off to find his smuggling cohorts or debated whether or not he should go back to his clan seeing how he was now, with the death of his two elder brothers, the clan chieftain.

Great writing, lovely romance and a fast read. Loved it!