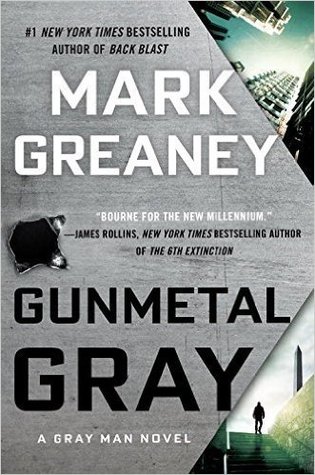 After five years on his own running away from the CIA which had at one time had a Terminate order on him, Court Gentry is back on the inside of the CIA. Regrets – he’s got a few –   especially after his first mission brings out a pair of Chinese assassins who try to take him down in Hong Kong. Normally the Chinese prefer to stay eyes-only on foreign agents. So why are they on such high alert?

Right from the get-go, Court has the feeling that he doesn’t have the ‘whole story’ regarding the mission he’s been sent on.   When he discovers that his old friend and former handler, Donald Fitzroy is being held hostage by the Chinese, Court is forced to make a deal where by he can try to save Fitzroy’s life and still complete discover the whereabouts of his CIA target, a highly capable Chinese hacker called  Fan Jing.  The problem the CIA wants Fan working for him and the Chinese want Fan DEAD!However, there are more complications than one can shake a stick at because everyone one wants a piece of Fan including the Russians, the Vietnamese, the Thai drug cartel, and even Taiwan.

***  Mark Greaney has been a favorite author of mine since I first discovered him with his debut novel of the Gray Man and each successive book in this series has just gotten better and better.  With so many people all looking to find and capture Court’s quarry the action never stops or lets up.  It’s one dangerous adventure after another.  However, this is the first time I have actually seen Court become somewhat involved with another agent and it makes for questions as to maybe – Court has found a partner?

Enough said!  All I can say is Mark Greaney continues to deliver and I am just waiting for someone in Hollywood to pick up this book series and realize what a fabulous TV or Movie series this could be made into!  Move over Jason Bourne – there is definitely a new kid on the block!!!   VERY HIGHLY RECOMMENDED!!!!