Wren!  What a refreshing and delightful protagonist she turned out to be!  Wren had literally been a recluse for letting a purple birthmark on the left side of her face dictate her future.   But a year after her beloved adoptive parents passed,  Wren decided she wanted more out of her life and being fabulously wealthy and independent decide she would ‘buy’ herself a husband. Doing her homework, to find a man who would wed her and let her continue on as before she made a list of four prospective men she would interview.

When Alexander Westcott became the new Earl of Riverdale, he inherits a title he never wanted and a failing country estate he can’t afford. However, he dutifully intends to do everything in his power to undo years of neglect and give the people who depend on him a better life knowing it would take years to bring the estate back to life.

Being a business woman who ran a highly successful glassworks factory, Wren initially began in a very brusque manner stating the obvious to Alexander of his lack of coin in his circumstances of inheriting a pile of stones and estate he couldn’t possibly afford.  Then went on to explain that he might consider wedding her whereby, she could “with her ample supply of cash” help him refurbish the estate.  Alas, Alex was astounded at her bad taste in bringing up such a personal matter which was in bad taste to ever discuss upon just meeting someone.

***  The first thing I must say is when I start a novel by Mary Balogh, I get that “Ahhhhhh….” feeling just knowing that when I get to the last page, I will experience that very same feeling of contentment and relaxation.  In SOMEONE TO WED I had already read the first two books in this series so was more than ready in anticipating this third book, though I hadn’t  come across anyone like Wren before.

Obviously, both protagonists had a lot to work out between them before any romance could ever be developed.  Both had issues – Wren with letting her birthmark define her life; and Alex with his abject horror to discover that he just might be the type of person who would marry for money?    Alex finally agreed to a proper courtship, hoping for at least friendship and respect to develop between them. Naturally, neither was prepared for the desire that overwhelmed them both when Wren finally lifted the veils that hid the secrets of her past. 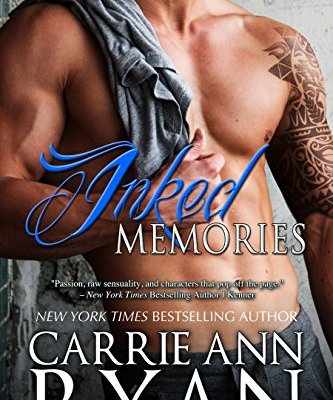 INKED MEMORIES is a perfect wrap-up for the Denver Montgomery Ink saga with the final brother getting his HEA. The series has had all the things I love in books: characters that are believable, sweet and steamy romance, family, snarky conversations intermixed with much needed (whether wanted or not) advice, touches of danger that help draw the characters together and, of course, the happily ever after everyone is looking for. Needless to say INKED MEMORIES gives all this with, maybe, just a bit of sadness that it is ending.

I have to admit that, at first, I did have a little trouble with this couple, as she was Wes’ brother’s “friend with benefits” before he met his true love and moved on. This sort of put a bit of “ick” to the story but I put it aside and moved to read it as Wes and Jillian’s story. I am so glad I did. As I read I got a much better understanding of all the where’s and why’s that had them both acting the way they did. As the book progressed, I really liked them, and wanted them to be together.

I always love to revisit past characters and watch as the families mingle with their barbs back and forth, the children who have come along and seeing the satisfaction that they have all found love. I really hope Ms. Ryan will give us a few more looks at this family in future offerings.

Alec MacDara and his brothers and family traveled forward in time to be the protectors of the sacred Heartstone.  They are now owners and operators of a theme park called Highland Life and Legends.  As the chairman of this enterprise, Alec has been keeping the real castle and it’s treasures separate, while fending off a plethora of requests to film on the grounds.  However after some very charming letters from a production assistant, he agrees to a meeting.  At first, the minute he meets the CEO of the company he realizes what a mistake he’s made, but then he notices her assistant.  The woman with lush curves who is so down to earth he almost forgets his name!

Sadie Williams is the sister to the owner of the motion picture company who has for years kept Sadie in the lowliest of positions while Sadie waits for her sisters promise of one day becoming a writer.   However Sadie was shocked when Alec agreed to allow the picture company upon one condition! Sadie would have to live in the castle and report to Alec every day of the company’s progress. Sadie agrees but wonders why Alec looks at her as if he was waiting to gobble her up!  Knowing she was a bit on the chubby side and having always been told by her sister she was ugly, Sadie didn’t know what to think of the hunky Highlander who thought she was beautiful! 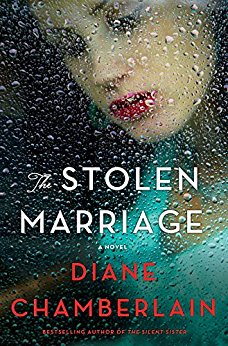 I have read many books by Diane Chamberlain and have been moved by each and every one.  In THE STOLEN MARRIAGE she has written a very compelling and, for me, and emotional story set during the 1940’s polio epidemic and the discrimination still held in the South between the whites and folks of color.

The setting for the majority of the book is in Hickory, NC when a young engaged Italian woman made a mistake that changed her life.  Tess DeMillo’s life had been mapped out for years, she was on her way to becoming a nurse and her fiancé, the boy next door, was on his way to becoming a doctor.  Unfortunately, a brief trip to Washington DC, and too many cocktails led Tess to sacrifice the virginity she was saving.

Pregnant with nowhere to go, Tess knew she needed financial help and approached the man who was the father of her child.  Instead of monetary help he asked her to marry him but Tess discovered the handsome man, with a gorgeous home and wealthy beyond her wildest dreams was kind but had no interest in consummation of the marriage.   In a difficult situation and wanting something for herself, Tess finishes her nursing degree and goes on to become a nurse for the NC’s Emergency Infantile Hospital, which was built and staffed in just 3 days.

Even though I am late in writing the review, I finished this book in record time as the story was not something one could let go of.  Ms. Chamberlain continues to write the books that take you away to another place and time – just what I look for and another WOW book others must discover!