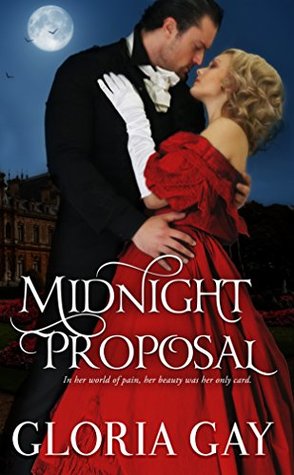 I must say this was quite a fresh outlook on a simple Regency historical romance.  The heroine was in extreme dire straits and her life was going to be hell if she hadn’t had the support of a loving aunt who gave this young woman the strength to save herself.   All she had to do was convince the Earl of Westal to agree to her outrageous proposal.    Without giving too much away in spoilers of our heroine, Veronica Glendalion, you can only surmise that her future looked extremely bleak and short if she couldn’t convince the Earl to help her.

In a normal world Veronica might have been turned away immediately as a crazy person for approaching an almost complete stranger – the Earl of Westal,  a member of the nobility – but she had met him as a child and hoped that he would remember him saving her from a bunch of bullies.  However, what helped her case was the fact that the Earl’s mother had been trying for years to marry him to another whom he had absolutely no interest in.   Other than the fact that Westal was quite taken with Veronica’s striking blue eyes, he definitely wanted to help this lady in distress!

Frankly, I truly LOVED this story, the pacing, the suspense, the characterizations, but due to some portions of the book being repeated and poor editing I can’t give this a a higher rating.   The story itself is a 5* but overall I have to give it a 4*…