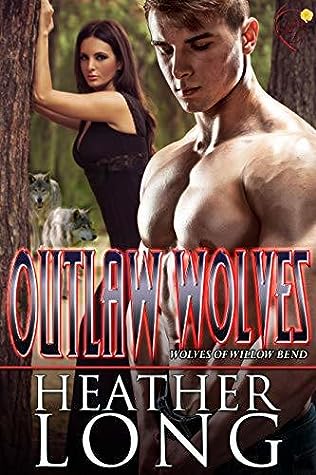 OUTLAW WOLVES is author Heather Long at her best. I have to admit that I was not particularly fond of Luciana in her other appearances, so for a writer to be able to take that person and turn them into someone likable, even sympathetic is rather amazing;

Luciana and her husband Rayne had gathered up lone wolves and gave them a pack, setting up in Seven Hills. This wasn’t something that was easily accepted by the other pack alphas. Cool heads prevailed and the new pack was watched closely. Then Luciana made a mistake and allowed the Russian wolves free passage through her territory. That itself is a different story, but to protect her Rayne challenges her and wins. She feels betrayed though she had admitted, though only to herself, that she had missed some things a good alpha should have known about her people

Communication is usually the root of all problems and this is evidently one of those times. So a little work in that field is necessary and a bit of cleaning up a problem that arises from her brothers pack and then they will be able to work together. That’s what Rayne wants after all.

We also get to meet up with a number of past characters that were much loved and/or feared in the “Wolves of Willow Bend” series. If you want to know who you need to read OUTLAW WOLVES.